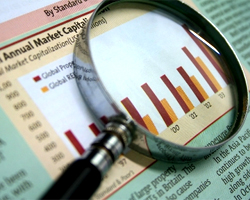 Portugal’s economy contracted massively in the second quarter amid a sharp decline in domestic demand and exports due to the disruption caused by the coronavirus, or Covid-19, pandemic.

Two consecutive quarters of GDP decline qualifies as a technical recession.
The severe decline was largely due to the negative contribution from domestic demand reflecting the significant contraction in private consumption and investment.

Net external demand also contributed negatively due to the steep fall in exports of good and services than imports as non-resident tourism was largely interrupted amid the lockdown.

Both negative contributions were significantly more pronounced than in the previous quarter.

On a quarter-on-quarter basis, GDP fell 14.1 percent in the three months to June after a 3.8 percent fall in the first quarter.

The Canadian dollar slipped against its most major counterparts in the New York session on Wednesday, after the Bank of..

U.S. Crude Oil Inventories Climb By 4.3 Million Barrels In Week Ended 10/23 The material has been provided by InstaForex..

As expected, the Bank of Canada maintained the benchmark rate at 0.25 percent. The loonie weakened against its major rivals..

*Bank Of Canada Maintains Target For Overnight Rate At Effective Lower Bound Of 0.25%

Bank Of Canada Maintains Target For Overnight Rate At Effective Lower Bound Of 0.25% The material has been provided by..

*Bank Of Canada Maintains Target For Overnight Rate At Effective Lower Bound Of 0.25%

Loonie Mixed Ahead Of BoC Decision